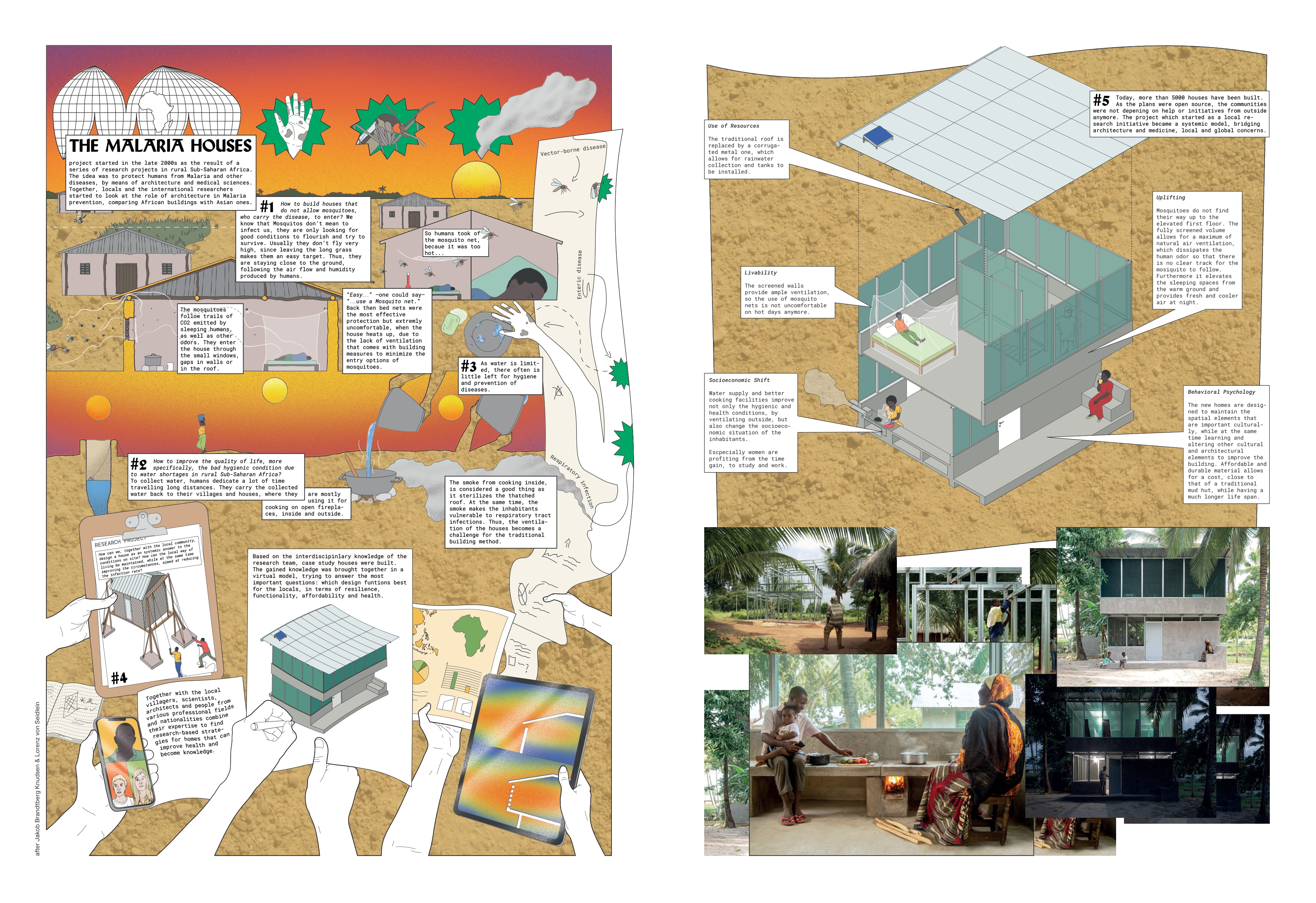 This year's participatory online programme is focusing on the ecological impact of the cultural landscape.

The open programme features three new talks by Claudia Comte, Tom Battin and Naine Terena, as well as five new debates from Beijing, Verbier, New York, São Paulo and London, and a special artist residency debate. Each debate and talk will be streamed live on the Summit’s virtual platform and simultaneously on the Summit’s social media channels at the programmed times detailed below. A live 10 mins Q&A session with the panelists will follow after each debate. As the platform has participants globally, all debates and talks can also be viewed on demand throughout the two Summit days. 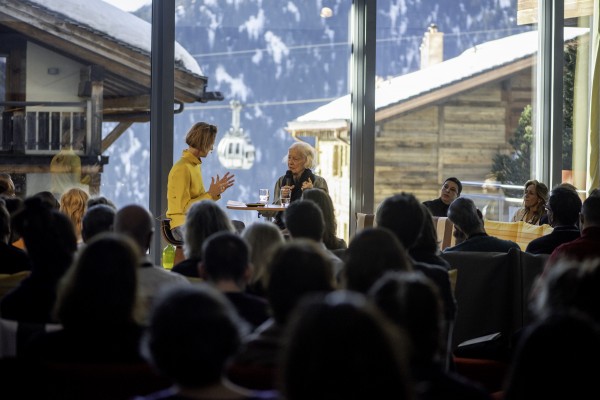 Jessica Morgan, the Summit’s 2020 partnering museum director of the Dia Art Foundation in New York, reflects back on the theme Resource Hungry, stating: “It took a virus to halt aspects of our culture that were destroying the environment. Now is the moment to reflect on how we can evolve in response to the questions posed at the 2020 Verbier Art Summit: Can we reassess the spaces, habits, structures, and systems of culture to find new ways to operate and new ways to experience? Can we learn from the light touch and holistic thinking of indigenous cultures that have cared for the land for generations? Can we rethink our values?”

The 2021 Summit aims to inspire all participants to take action around the Resource Hungry theme by creating a "Pledge Card". First select your preferred statement I, DRIVE SOCIAL CHANGE THROUGH..., then include your photo and add an inspirational quote. The 2021 Summit team including all international speakers have already committed, will you join them? Please click here. The virtual Summit will also showcase art and ecological inspiration by the Summit partners and international Members: art works, talks, performances, podcasts, books and workshops. The aim is to encourage all participants to take action: “Repair our relationship to the land, by shifting away from endless resource extraction” and “begin to repair our relationships with one another in the process”, as the Canadian author Naomi Klein described so powerfully in her book On Fire. The Burning Case for a Green New Deal (2019)

At the 2021 Verbier Art Summit, two new talks are curated by Jean-Paul Felley, the Summit’s Academic Director and director of the EDHEA (the Valais School of Art). Claudia Comte discusses her recent practice and interest in ocean and marine life, which has become a recurring subject in her work. Claudia is a Swiss contemporary artist known for her use of natural materials in her mixed media installations and her interest in ecological conservation. Tom Battin discloses and unfolds some of the unseen life in the rivers that drain the roof of our planet, today threatened by climate change more than any other ecosystem on Earth. Tom is a Full Professor of Environmental Sciences at the École Polytechnique Fédérale de Lausanne (EPFL). A returning speaker is Naine Terena who discusses her recent practice and looks back on the year 2020 and its consequences in the Amazon. Naine is an indigenous artist and educator from Brazil who shares the struggle for representation of indigenous narratives in global dialogues. The virtual platform will also feature former speakers such as Olafur Eliasson, Rirkrit Tiravanija and Joan Jonas to share again their knowledge around the social issues discussed at the previous Summits: (de)Growth (2017), the Digital Age (2018), Multiple Truths (2019) and Ecology (2020).

On Friday 29 January at 3pm CET, the BEIJING DEBATE will feature on our new virtual platform and social media, including a live Q&A with the panelists at 3.45pm. The debate is moderated by Anneliek Sijbrandij, founder of the Verbier Art Summit, who invited the following thinkers:

Daniel Birnbaum, the director and curator of Acute Art in London, which is specialised in contemporary art production in virtual and augmented reality. Daniel was previously the director of Moderna Museet in Stockholm, and our 2018 Summit partner.

Beatrix Ruf, the former director of Stedelijk Museum Amsterdam, our 2017 Summit partner and Strategic Director. She is currently a collaborator on strategies and programmes at the Garage Museum of Contemporary Art in Moscow and sits on the Board of Directors of the Hague-based Hartwig Art Foundation; 3. Philip Tinari, the director of UCCA Centre of Contemporary Art in Beijing, who has mounted more than sixty exhibitions and organised a wide range of public programmes and development initiatives.

On 29 January at 4pm CET, the VERBIER DEBATE will feature on our new virtual platform and social media, including a live Q&A with the panelists at 4.45pm. The debate is moderated by Jean-Paul Felley, the Summit’s Academic Director and director of EDHEA, the Valais School of Art, who invited the following thinkers:

Hedy Graber, the head of the Cultural and Social Directorate at the Federation of Migros Cooperatives. Hedy's role also includes the establishment and development of the Engagement Migros support fund, with which Migros voluntarily supports projects in the areas of culture, sustainability, business and sport

Madeleine Schuppli, a Swiss art historian, curator and author. Since 2020 she has been appointed Head of Visual Arts at the Swiss Arts Council Pro Helvetia, which supports and disseminates Swiss arts and culture. With a focus on diversity and high quality, Pro Helvetia promotes artistic creation in Switzerland as well as networking and cultural exchange abroad.

On Friday 29 January at 5pm CET, the NEW YORK DEBATE will feature on our new virtual platform and social media, including a live Q&A with the panelists at 5.45pm. The debate is moderated by Jessica Morgan, 2020 Summit partner and director of the Dia Art Foundation, who invited the following thinkers:

Andrea Bowers, an American artist who has built an international reputation for her drawings, videos, and installations, which deal with social issues ranging from women's and workers’ rights to climate change and immigration

Carolina Caycedo, whose artistic practice draws from indigenous philosophies and urges us to consider nature as a living and spiritual entity that unites people globally

Elvira Dyangani Ose, a writer, international curator and Director of The Showroom London, whose work focusses on environmental forms produced in public spaces

On Saturday 30 January at 2pm CET, the ARTIST RESIDENCY DEBATE will feature on our new virtual platform and social media, including a live Q&A with the panelists at 2.45pm. The debate is moderated by Nicholas Henchoz, ongoing partner of the Summit and director of the EPFL+ECAL Lab, who invited the following thinkers and artists:

Ralph Dum, a senior expert from the European Commission who is in charge of developing research programmes focused on digital innovation fostering also on sustainability. He is the instigator of STARTS - Innovation at the nexus of Science Technology and the Arts

Kasia Molga, a multidisciplinary artist questioning the impact of technology on the natural environment and its role in our relation and perception to ‘non-human makers’

Danielle Siembieda, the creative director at Leonardo/The International Society for the Arts, Sciences, and Technology (Leonardo/ISAST), a non-profit global think tank exploring critical themes at the intersection of art, sciences, and technology.

On Saturday 30 January at 3pm CET, the SÃO PAULO DEBATE will feature on our new virtual platform and social media, including a live Q&A with the panelists at 3.45pm. The debate is moderated by Jochen Volz, 2019 Summit partner and director of the Pinacoteca de São Paulo, who invited the following thinkers:

Djamila Ribeiro, a writer, social activist, and one of the most influential leaders in the Afro-Brazilian women’s rights movement

Naine Terena, an indigenous artist and educator from Brazil.

On Saturday 30 January at 4pm CET, the LONDON DEBATE will feature on our new virtual platform and social media, including a live Q&A with the panelists at 4.45pm. The debate is moderated by Philippe Rahm, a Swiss architect and 2020 Summit speaker, and includes the participation of the following thinkers:

Timothy LeCain, Professor of History at Montana State University in Bozeman, Montana whose work focuses on the ways in which the New Material Humanism can help us to better understand the past and future of humans and the planet

Alison Tickell, the founder of Julie’s Bicycle, a London based charity that supports the creative community to act on climate change and environmental sustainability

Clare Twomey, a British artist, researcher, and curator whose work is located in the area of art, clay and craft practices, and who has been focusing on expanding dialogues of accessibility and sustainability in recent years.

Free registration for the 2021 virtual Summit and for more information on the theme, speakers and the virtual platform, please visit verbierartsummit.org or follow the Summit channels: Instagram | Twitter

Google Maps will set a marketing cookie if you allow to display the map from Google Maps. For more information see our Data Privacy Statement.