AFTER THE COLLAPSE: ARCHITECTURE FOR THE 99%

Writer and academic Suhail Malik talks to artist/filmmaker Park Chan-sol about his latest book, and how architecture helped to guide humanity away from the twin crises of climate change and unchecked capitalism during the last two decades.

Park Chan-sol: Thank you for the opportunity to discuss your new book “30/31. Architecting Recursion”. In your zoom presentation today, we saw footage from 15 years ago, shot right after the jackpot: Globally, the police force peacefully allied with protesters and despite their exhaustion, they marched together for a better future. How do you remember these days?

Suhail Malik: “30/31” refers to the years after ‘The Jackpot’, a term coined by William Gibson for this apocalyptic time, which we know was triggered by a combination of climate change and grave political upheaval. Back then we still did not know what needed to happen. Our biggest struggle was the search for a new basis for our social conditions. Liberalism was the social and political formation, with private property being sacrosanct. There were many experiments going on, but they all had problems in scaling because most of the premises we had for them assumed boundedness, private spaces, enclosures, separations, etc. And that just did not work any more, and led to what gets called ‘the Jackpot’.

The pre-crisis system was organized around massive consumption and accumulation by a tiny number of people: the 1%. The breakdown of the financial system wasn't the disappearance of wealth. It was the hyper-accumulation of most of the planet’s capital by this 1%, who would distribute the global capital, with disastrous social and environmental results. For them, the Jackpot meant winning the lottery, over and over again. For everyone and everything else –  the planetary systems and environmental mechanisms – the Jackpot was a calamity.

The lesson we learned was that the basis for private accumulation had to change. Until then, the police still had to protect private property and state actors, which were understood to be the constituent elements of generating common social good. Which already wasn’t convincing any more, and so we demanded a new legal framework. 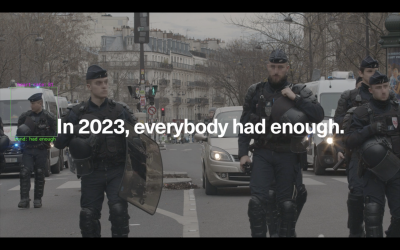 Park Chan-sol: Today, private property is no longer a viable basis for social organisation, neither in terms of the human social system, which used to be dominated by the market and the commerce nor in terms of the environment. How did people develop a new framework for managing the environment while simultaneously being managed by it?

SM: With the help of architects! The environmental destruction happened because of the consequences of the privatization of wealth, property accumulation, etc.Architects always demanded to build the future and during the crisis we learned to think about architecture as actions and systems within managed environments. That means managing the environment, but also being managed by the environment. That requires a kind of recursive feedback, between those conditions that are external and those internal to whatever process we're talking about. The idea that there might be a definitive solution no longer held water. What people are trying to get to is the process and the dynamic organization by which we can maintain sustainable environments and provide viable conditions for the future.

Park Chan-sol:You were talking about recursion, which originally means the abstract process in which rules are reapplied to a “product” created by the very same rules. How does recursion help us in managing the environment, or in the making of architecture?

SM: There are different theories on recursion. In architecture, it is a more speculative notion, a kind or risk model, in which the system works within a certain operating conditions, but understands that its output will contribute to the future of that system. In this version, there is a degree of uncertainty because we cannot know what the consequences of that output will be. And that uncertainty feeds back into the system itself. Recursion, then, is a kind of control mechanism around degrees of uncertainty and risk, as to the viable parameters of the system.

The early 2020s crises and the Jackpot made us realize that there were no externalities – no inside and outside. Because with the global financial system, planetary integration meant that there was nowhere else to deposit the exhaust of that system.This became even more obvious with the environmental breakdown: there is no externality, as we have only one planet and the exhaust, or the residues of the processes feed directly into it. Therefore, recursion is the managing of the risk of the output to the viability of the system, not the output itself. 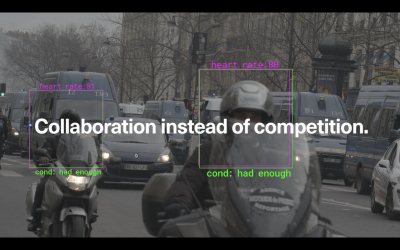 Park Chan-sol: So, one can say that architecture is rather the process of creating an output, that is contributing to the future of the system, and not the architectural object itself. It is active: “to architect”, which means to think, design, plan, build, talk, and to order social relations in space. This would always have been the potential of architecture, if it wasn't capitalized. Can you give a practical example in which architecture became a viable model for the future?

SM: Looking back, Berlin’s ExRotaprint project was an early example of a viable system model that created a legal framework, through which it reacted to its local context and its global condition. It was an early, successful attempt at changing the property system. ExRotaprint is a model in which users or tenants are protected from the owners of the building, who in this case are the same. The premise was to “protect us from ourselves”. This included the founders of the building, but also private speculation, private interests, as well as state actors who have the juridical authority to take over whatever property they want for their own ends.Especially in Berlin's history, where a lot of the land and property were sold off to private developers in the  early 2000s. Given those risks, ExRotaprint managed to establish a more co-operative model and a legacy: a model of protection, of the space and its use, which doesn't fall back into the logic of private investors, who were always vulnerable to selling out for profit. ExRotaprint demonstrated how common interests can be protected, years before what became the common legal framework was brought into planetary law..

"After the Collapse: Architecture for the 99%" was published in print issue 120, "The New Serenity"