IT'S A SMALL WORLD

Over the past few months, Fujiwara began translating his early sketches and designs into a series of works that approach image making as a means of basic resourcefulness in situations where resources are limited. During my first visit to his studio in Berlin, I came across a poster of ‚Chespirito‘ in one of the rooms. ‚Chespirito’, diminutive of ‚Chespir‘, derived from  ‚Shakespeare‘ (whose English name, many Latin Americans in the seventies couldn’t pronounce), is also known as Roberto Gomez Bolaño, whose satirical approach to societal conventions through comedy mirrored that of Shakespeare. No wonder why Fujiwara finds the way ‚Chespirito‘ produced comedy icons that deciphered social inequalities in Mexico so fascinating. 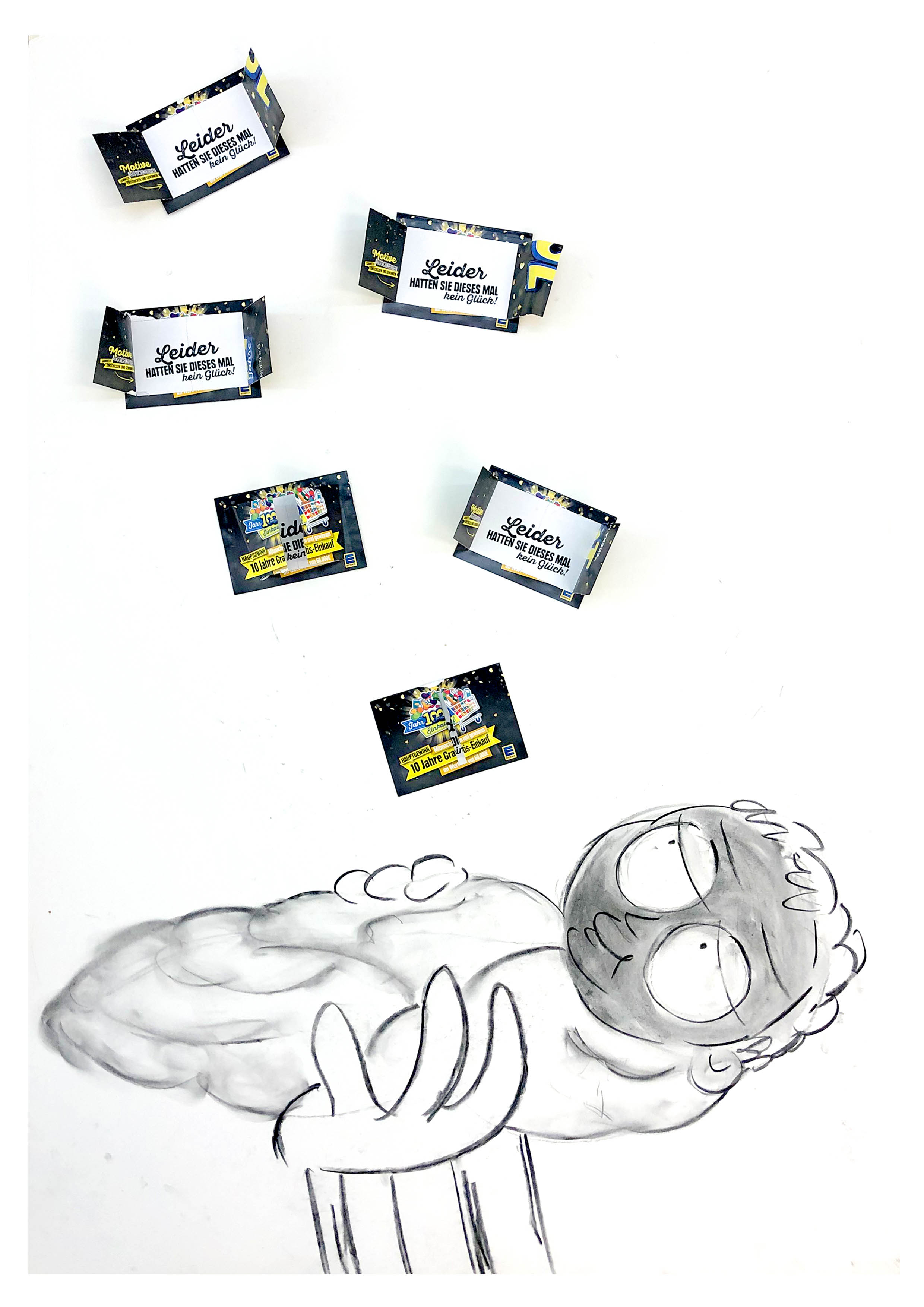 The artist has been depicting the current dystopian reality in the form of fables. Collaging images from the news with popular scenes from the Pink Panther, he reveals the mysteries of the human condition, analyzed through the specific representative aspects of 21st century society such as new technologies, nationalistic hiccups at closed borders, mass media imagery, anti-Corona conspiracy speech, celebrities, populists and popular attractions.

The works that determine the visual frame of Eurothanasia build a contingency explored through cartoons. Contradictions, complexities and other human effects of living in a post-internet hyper-capitalist world determine the baby looking at what seem to be butterflies from afar. They are actually point-making game icons from one of the few winners of the Corona-lockdown in Germany - the supermarket-chain Edeka. His practice, ranging from large-scale installations, sculptures and drawings to short films, wax works, theme park rides and miniature worlds, condenses in charcoal - a material made literally from burned trees - the political polarization the world is now experiencing. By depicting the Pink Panther for our poster cruising on top of a ship for humanitarian aid, you may ask: Where or whom is the Red Cross helping during this pandemic?

The series is related to a project conceived for the 2019 Istanbul Biennale, titled It’s a Small World. After a visit to an attractions manufacturer in Istanbul, Fujiwara retrieved a series of discarded sculptural fragments of fantasy pop-cultural figures, from Bart Simpson to the Pink Panther. He assembled them within a miniature ‘world’ in which these pop cultural icons become the core identities of functional civic buildings constructed around them: a prison revolving around The Joker’s grimacing face, a museum built over the ruins of Disney characters or a hospital balancing on the legs of Iron Man. Mass entertainment and basic societal functions blend together in a society that is equal parts fantasy and brutal control. Yet the biggest effect of the piece is the imminent contrast between forms of repression and control - a gym, a mosque, a church, a bordelle - growing from the ruins of infantile manifestations of hyper capitalism’s unveiled evil.